Below the Surface: behavioral data solves a work-life balance problem before it impacts a key hardwa

In many ways, things were going extremely well with Microsoft Surface—the company’s primary hardware bet. Surface was an ambitious expansion from software into advanced hardware. It was a strategically important move, but one that got off to a challenging start in 2012 in terms of product acceptance by customers and, consequently, sales numbers. But Microsoft listened to customers, iterated, and built the right product mix and core functionality. By 2017 the business was steadily gaining momentum, changing consumers’ mindsets about Microsoft products and becoming a key symbol of the company’s public transformation.

But the executive heading the hardware engineering team had grown increasingly concerned about reports of poor work-life balance among engineers. Leaders had heard about the problem anecdotally, and in recent years the annual employee survey had confirmed it: On the poll, the engineering group consistently overperformed in all aspects of employee engagement except for work-life flexibility.

This 700-person group was a key component of a key part of Microsoft’s competitive business. The engineers felt great about leadership, the culture, their opportunities for career development, and their pay and benefits. But the negative sentiment about work-life flexibility meant a high risk of talent loss and an impact on innovation that the company simply could not afford. Seeing that one red bar on an otherwise green survey graph confirmed for leaders that what had become a nagging problem could quickly escalate into a retention issue if they didn’t address it successfully. A few people leaving could turn into a network effect, leaders knew, which threatened to undermine the product successes they had worked so hard for.

It was also a challenge for Corporate Vice President Brett Ostrum. He believed employees should feel empowered to focus and create at work and to recharge fully during their personal time. If engineers felt they couldn’t disconnect, that wasn’t a culture Ostrum could feel great about. And ultimately, it could damage the business. Recent research based on data compiled by Gallup looking at 1.9 million employees across 73 countries shows a positive correlation between employee satisfaction and customer loyalty and a negative link with employee turnover. And employee satisfaction was linked with higher productivity and profitability.

The Surface hardware leadership team knew the team must do better by learning and evolving—fast.

But in order to tackle the problem, leaders would have to confront some long-held beliefs about how the kind of work their engineers did happened and why. They had assumed that work-life flexibility issues were so intractable in part because they could be connected to the nature of the work itself: the pressure of product cycles, and the global scope that requires engineers to collaborate frequently across time zones. Working on highly confidential products also often led to in-person meetings rather than putting things in email, out of a sense of cautiousness on the engineers’ parts. Leaders had also theorized that maybe the lack of balance had to do with the nature of the team, filled with high-achieving, hard-charging top performers.

It’s not as if they hadn’t tried to solve the problem with traditional approaches. Leaders had brought in consultants to examine their processes and provided training and best practices to teams on how to balance their time. The interventions had helped, but not enough. For the third year in a row, employee survey data showed low numbers for work-life balance.

Without any way to confirm their theories or objectively measure the problem, leaders’ efforts to address process first amounted to a stab in the dark. If they couldn’t see the root causes of employee behaviors, they didn’t have the power to change them.

Ostrum and his leadership team were at a loss. The business had critical work to do. Why were engineers frustrated, and how could the issue be addressed before negative impacts accumulated?

Hoping to move the needle more, Ostrum and his team decided to take a different, people-centered approach. They turned to a Microsoft product called Workplace Analytics, a powerful tool that analyzes de-identified, aggregated metadata from everyday work in Office 365 to surface a set of powerful, customizable, and objective metrics that describe how work gets done. They used the data to try to understand two core questions: are the work-life balance issues within the team’s power to change? Can the leadership team directly take action that will drive change?

What they uncovered surprised the leadership team and gave them the data to understand what was going on. The data confirmed that meetings were a challenge, and that they were outliers: the collaboration load for the team—hours spent in meetings and emails—was significantly higher than the Microsoft average. However, there were also several unexpected findings:

With this data in their hands, Ostrum and the leadership team realized they had a unique opportunity to help leaders and managers change their behaviors in ways that could lead to improvements for the business. If engineers weren’t finding time for their most important focus work during their workdays because of large, frequent, and redundant meetings, then they were probably feeling pressure to finish their work during what should be their off-hours—directly impacting work-life flexibility. Simply put, they were overloaded. And if leaders’ weeks were filled with meetings, leaving no time for any other work, then their own resulting after-hours email habits were kicking off “always on” work cycles that impacted employees’ sense of balance, compounding the problem. What if managers and leaders role modeled something different?

1. Share. He started by presenting the Workplace Analytics findings to his leadership team, and then to the entire team, setting the stage for a positive culture shift. “As a team, we need to know ourselves,” was the guiding premise. Ostrum wanted most of all to avoid judgment—they were all going to be drivers of positive change. Leaders in particular would be holding a mirror up to themselves, and true change would require buy-in across the group.

2. Go deep. Ostrum then explored the findings in depth with leaders, who committed to making change. The leadership team started to lead by example and book focus time on their calendars. Managers on the team started doing the same. This showed the full team that they were encouraged and supported to adopt the practice themselves. “Because we know you—we know you’ll feel more comfortable doing this if leadership models it,” was the key message.

3. Make change. To free up peoples’ time, Ostrum and his team also went through the process of looking closely at the meetings they owned, especially the most expensive large, recurring meetings, and they made changes in delegation and collaboration practices that would reduce bloated attendee lists, shorten or eliminate meetings, and increase efficiency—thereby freeing up time for engineers to develop, create, and innovate during their days.

By using data and realizing the business value of quantifying patterns of behavior, leaders were able to truly understand how work was happening in their organization in a way they never had before. And with that understanding, they were finally able to solve their seemingly intractable problem and shift the culture so people could do their best work, Surface could succeed, and Microsoft could continue to accelerate its transformation.

This article is written by Natalie Singer-Velush and originally appeared on September 19 2019 in Microsoft Workplace Insights. 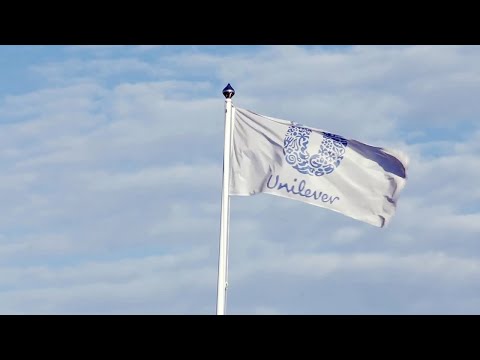